After the brutal murder of George Floyd by the police, the world responded in righteous protest, with cries of “Black Lives Matter.” The police responded to these calls in large part with even more brutality, with video after video emerging that showed an assault on the public. And more cries came forth, with calls to defund the police.

But what’s that mean?

Science Fiction writers, this is your call to arms. Give us your potential (and hopefully positive) futures that involve alternatives to modern day policing. We want stories that replace the police entirely, dramatically reform them, or create parallel systems to refocus policing. We’re also seeking alternate concepts of rehabilitation and punishment as well, more emphasis on the carrot. In a world where police are perpetually brandishing their batons, I think we’ve all seen enough sticks.

SUBMIT TO NO POLICE KNOW FUTURE 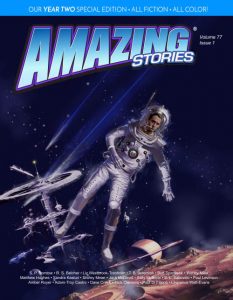